There is an issue which arises in SAP Smart forms where graphics (or logo) used on smart forms appears in reverse (upside down) when printed on some HP Deskjets.

This issue is because we are using the specific SAP driver ‘SAPWIN’ on HP Deskjets printers. The issue was described in the OSS note 683605.

The solution is to install and use the appropriate HP printer drivers in SAP.

If the output device ‘LOCL’ is attached to an HP Printer, then the HP driver must be installed. To view which driver is installed on the system, go to transaction SPAD, enter the output driver and press ‘Enter’. On the below screenshot, we can noticed that the driver (device type) is ‘SAPWIN’.

The following steps will explain how to install and assign an HP printer driver ‘ZHPP3005’ to the output device.

Installation and assignment of printer driver in SAP:

Please download the driver (or Device Type) for the printer being used from HP website. Note that ‘Driver’ is also referred as ‘Device Type’ in SAP.

Step 2: Install the Driver in SAP:

In transaction SPAD, please go to ‘For devices types > Import’:

On the next screen, please selects ‘Device Type’, enter the name of the driver, set the mode to ‘IMPORT’ and execute the program. 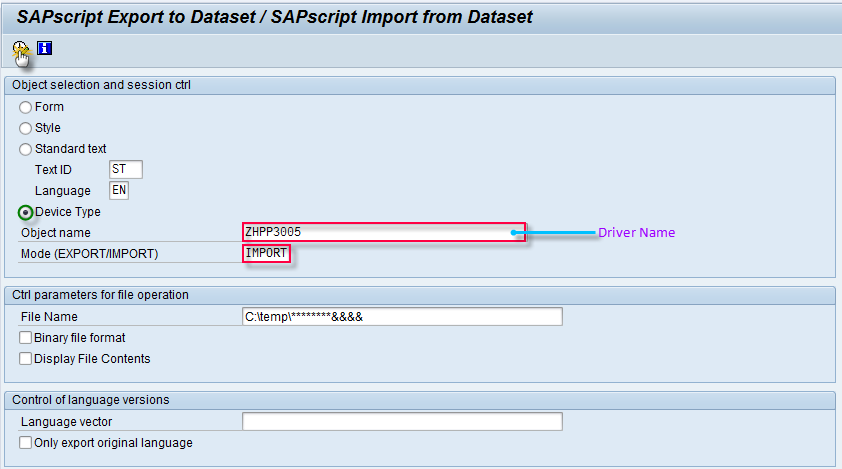 The program will then prompts for the driver downloaded in step 1, please select the downloaded driver.

The following screen will appears showing that the driver was successfully imported in SAP.

Step 3: Assign the driver to the Device Type:

Once we have installed the driver (in step 2) we will have to assign it to the appropriate output device (printer) in transaction SPAD.

In transaction SPAD, please enter the output device (for example LOCL) and click on the button display. 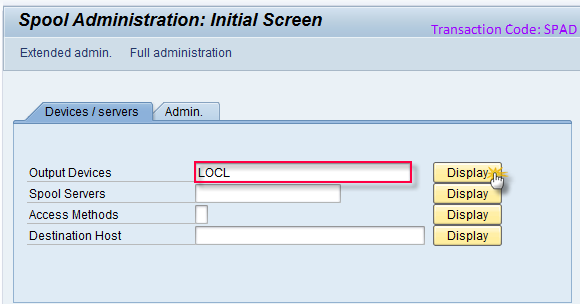 On the next screen, please select the driver (or Device Type) we have installed in step 2 and save the changes.

After installing and assigning the new driver, the reverse graphics/logo issue must be solved if you are using an HP Deskject printer.